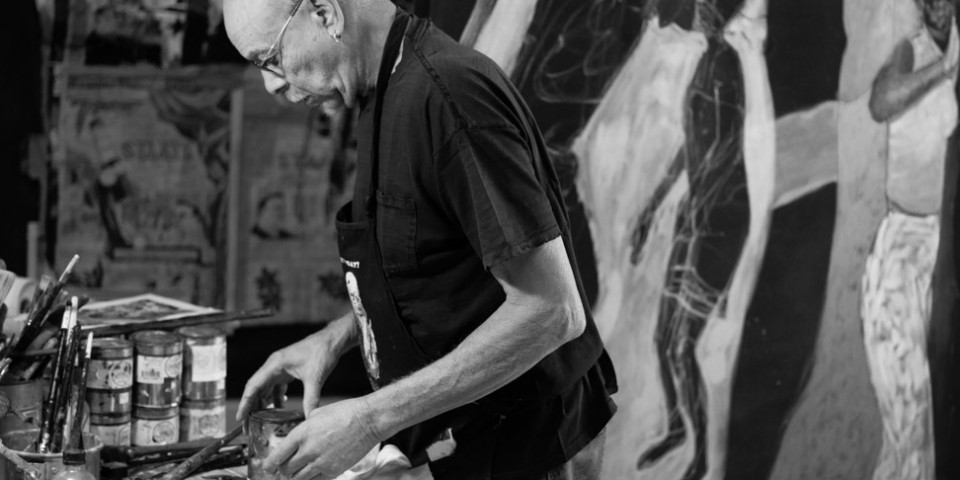 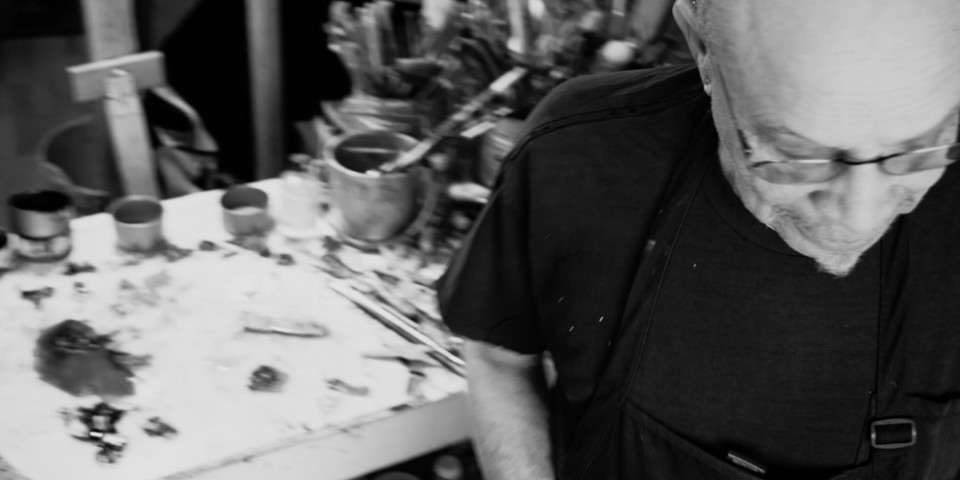 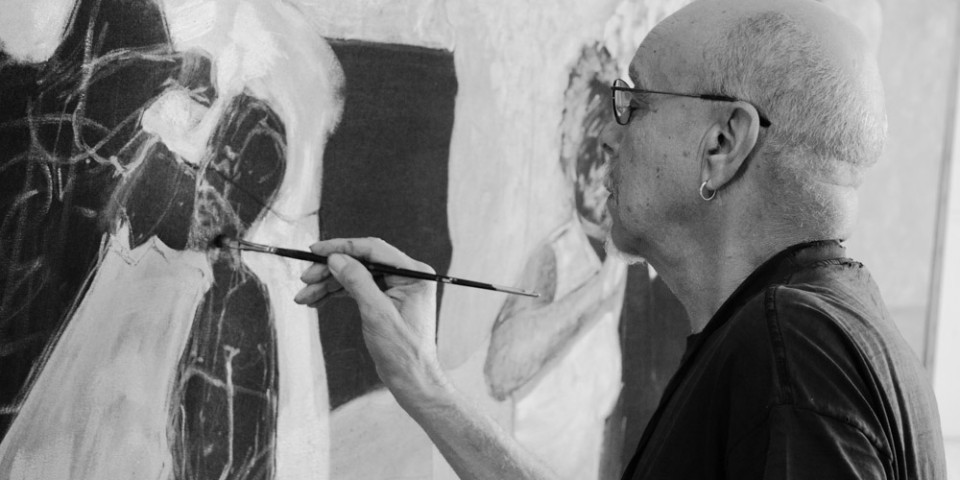 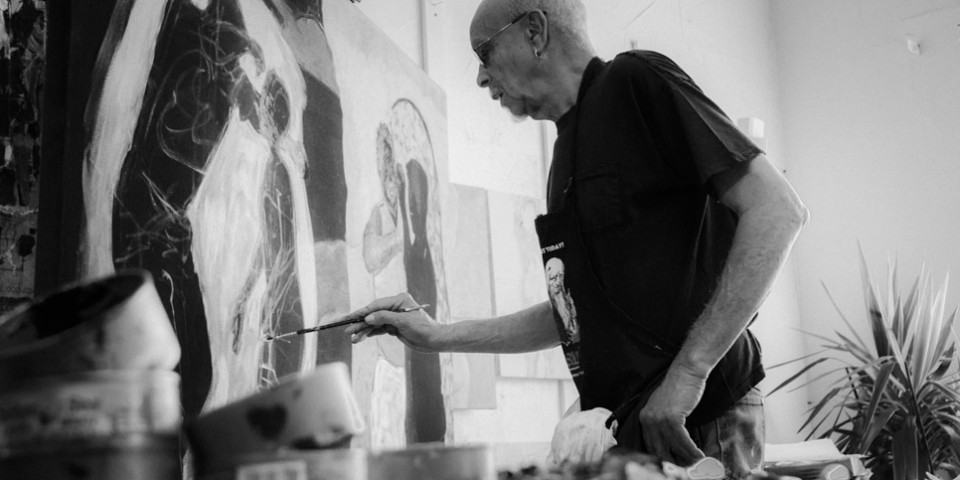 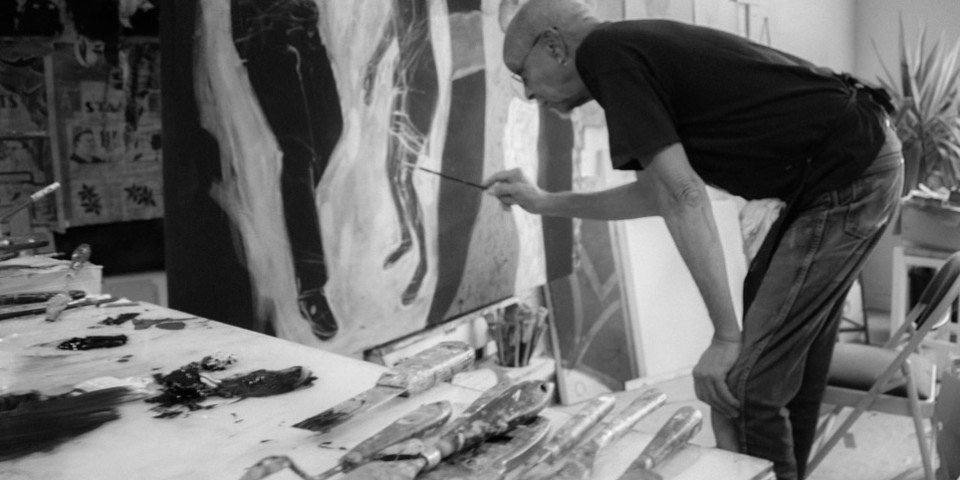 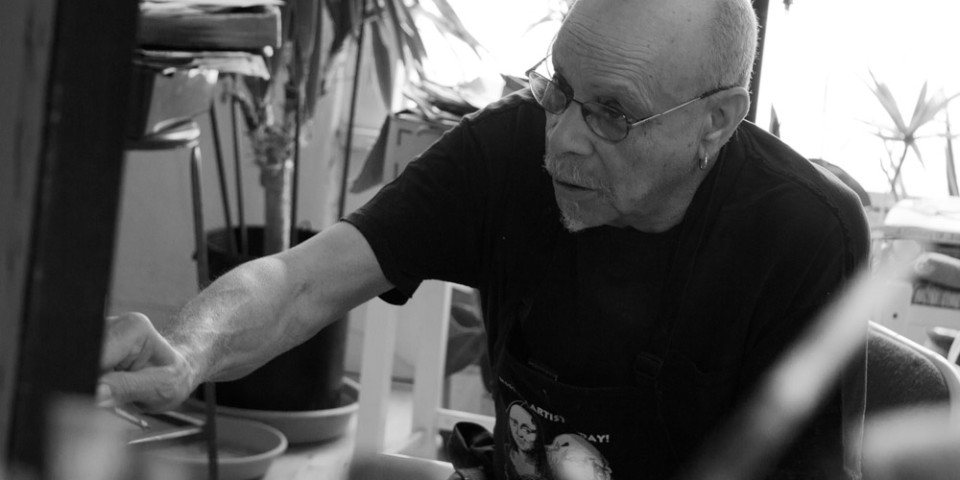 Burns completed his formal education at the prestigious schools Rhode Island School of Design and the Royal College of Art in London, earning his BFA from RISD and his masters from the Royal College.

Over his illustrious career Burns has shown at institutions such as the Royal College of Art, London, I.A.I.A. in Santa Fe, NM, The Fine Arts Museum of New Mexico and the Albuquerque Museum of Art, New Mexico .

Early in his career he was featured in the book Black Artists of the New Generation  by Elton Fax in 1977, and was included in Who’s Who in Black America in 1981. Additionally he has been written up in publications such as Santa Fe Art by Simone Ellis, Davenport’s Art Reference and The Magazine.

Excerpt From “Maurice Burns: Outside The System”

Burns is an art renegade and a long-time denizen of Santa Fe. Burns came west in the 1970’s on a grant to set up a visiting artist program at the Institute of American Indian Arts. Once here he befriended and exhibited with Fritz Scholder, T.C. Cannon, Earl Biss, Billy Soza War Soldier and a number of other artists who were breaking boundaries in terms of traditional ideas of native art, questioning societal labels and notions of race, heritage, and ethnicity, and most of all, using modernist, formalist, and traditional visual languages simultaneously to produce powerful, content-laden, figurative works of art. This was a defining moment for indigenous contemporary painting and postmodern aesthetics, and Maurice Burns was present. Burns had by this time been present at a lot of amazing art moments, and through it all he did what came naturally: exercised his fantastic facility as a maker of paintings….

What Burns has that many don’t is an incredible natural facility for drawing the figure and composing architectural spaces. One of the hardest things for representational artists to achieve is the right sense of proportion or scale. The right or wrong scale relationships within an image can make or break a picture. Burns is a natural in this regard. Like Kitaj, his work is personal, narrative and complex. Burns occasionally draws from his African American roots, honoring jazz greats like Dizzy Gillespie or Thelonious Monk, but he’s uncomfortable with the idea of being branded a “black artist” as Scholder was with the label “native artist.” Burns’ position is a reasonable one. We are all inseparably bound to our backgrounds but we are also, each of us, more than any of that, more unique than any generalities can touch.

A painting like Monk’s Mood, with the larger-than-life pianist’s face juxtaposed with a trio of horn players, abstract elements, and the suggestion of a late-night jazz club is not meant to make any kind of statement per se about being a “black artist.” Rather it simply celebrates the achievements of the musician, and pays homage. Monk becomes a stand-in for the painter, contemplating the picture itself, and this is as much a painting about painting and composition as it is a painting about music and math, or a paining about Monk. Burns’ works are richly layered, complex, and deeply rewarding, just like Monk’s music. They derive from a certain cultural context, but like his heroes, he achieves universality. Like Hockney, his skills as a naturalist are offset by his appreciation of abstractions-African, Indigenous American and Euro-Modern; resulting in surprisingly complex illusionistic spaces, and intense, sophisticated interplays of color, light, mood, and meaning. These are kick-ass paintings for those eyes to see.